Groundhog Day.  February 2.  For some reason that groundhog in Pennsylvania gets all the press even though I’m not sure how he can predict the weather for the entire country.  But Massachusetts has Ms. G.  According to New England Cable News

Massachusetts has its own groundhog to make predictions about the weather on Groundhog Day.

Both Punxsutawney Phil and Ms. G, the Mass. groundhog, saw their shadows this year. Legend has it; this means that there will be six more weeks of winter.

“We don’t feel like Punxsutawney Phil has much sway here in Massachusetts. I mean, we wouldn’t use a weather forecaster from Pennsylvania to tell us our local weather,” said Tia Penney of a Drumlin Farm Wildlife Sanctuary.

Dozens of families gathered at the sanctuary on Sunday to witness Ms. G give her forecast. But, not everyone was happy with her prediction.

“I didn’t see the shadow and I wanted spring to be here, cause then, after spring, there is no school,” said Asia Faline, a Wellesley school student.
Blue Hill Weather Observatory says Ms. G is correct in her forecast 60% of the time.

So what is the origin of Groundhog Day?  Is there any science to it?  Today EarthSky news told us everything you always wanted to know about this important day.  Here are some of the interesting facts.

We all know the rules of Groundhog Day.  On February 2, a groundhog is said to forecast weather by looking for his shadow.  If it’s sunny out, and he sees it, we’re in for six more weeks of winter.  On the other hand, a cloudy Groundhog Day is supposed to forecast an early spring.

What you might not know is that Groundhog Day is really an astronomical holiday.  It’s an event that takes place in Earth’s orbit around the sun, as we move between the solstices and equinoxes.  In other words, Groundhog Day falls more or less midway between the December solstice and the March equinox.  Each cross-quarter day is actually a collection of dates, and various traditions celebrate various holidays at this time.  February 2 is the year’s first cross-quarter day.

In the ancient Celtic calendar, the year is also divided into quarter days (equinoxes and solstices) and cross-quarter days on a great neopagan wheel of the year.  Thus, just as February 2 is marked by the celebration of Candlemas by some Christians, such as the Roman Catholics, in contemporary paganism, this day is called Imbolc and is considered a traditional time for initiations.

The celebration of Groundhog Day came to America along with immigrants from Great Britain and Germany.  The tradition can be traced to early Christians in Europe, when a hedgehog was said to look for his shadow on Candlemas Day.

Try this old English rhyme:  If Candlemas Day be fair and bright, winter will have another flight.  But if it be dark with clouds and rain, winter is gone and will not come again.

So even though it has now turned a little cloudy here in Boston, the sun was out this morning and Ms. G. says more winter.  In fact,  I think the prediction is for snow on Wednesday.

Photograph is a still from the NECN story.

I read a lot of mystery stories.  Old ones, new ones, ones set in times past and ones set it the future.  A common thread is it is summer and a heat wave so crime is up.  You hear this every spring from the Boston Police and the Mayor – we need to prepare for the combination of hot weather and school being out.  So is this just an urban myth?  Maybe not.  A new study to be published in the journal, Science, was summarized in Sunday’s New York Times.

But researchers are now quantifying the causal relationship between extreme climate and human conflict. Whether their focus is on small-scale interpersonal aggression or large-scale political instability, low-income or high-income societies, the year 10,000 B.C. or the present day, the overall conclusion is the same: episodes of extreme climate make people more violent toward one another.

In a paper published this month in the journal Science, we [MARSHALL BURKE, SOLOMON HSIANG and EDWARD MIGUEL] assembled 60 of the best studies on this topic from fields as diverse as archaeology, criminology, economics, geography, history, political science and psychology. Typically, these were studies that compared, in a given population, levels of violence during periods of normal climate with levels of violence during periods of extreme climate. We then combined the results from those studies that concerned modern data in a “meta-analysis,” a powerful statistical procedure that allowed us to compare and aggregate findings across the individual studies.

The study went beyond the present day, back to the collapse of several civilizations:  The Maya, Angkor Wat and the Akkadian in Syria.  Climate appears to have played a role in the collapse of each.

Our findings held at very high levels of statistical confidence. To illustrate the consistency of the results: of the 27 quantitative studies we looked at that examined a link between temperatures and modern conflict, all of them found that higher temperatures were associated with more violence. This sort of pattern in the results was extremely unlikely to happen by chance. (Imagine trying to get 27 “heads” in a row when flipping a coin.)

What explains the strong link between climate and conflict? Different mechanisms are most likely operating in different settings, but the two most important factors appear to be aggression and scarcity. The aggression factor is intuitively easy to understand (again, recall summer in the city), and it probably underlies the finding that anomalously hot months have significantly higher crime rates in cities in the United States. As for scarcity, the logic is only slightly more complex. In low-income countries largely dependent on agriculture — like those in much of sub-Saharan Africa and parts of Asia and Latin America — when the rains fail and temperatures scorch, crops wilt and die. This leaves many people dangerously close to the edge of survival, which can lead to social strife and even civil war.

So besides gearing up for more shootings, stabbings and homicides on the summer streets, what are the implications?  The study concludes

Our findings help us better understand both the past and the present, but they are particularly important for what they imply about the future. Many global climate models project global temperature increases of at least 3.6 degrees Fahrenheit (2 degrees Celsius) over the next half century. Our results imply that if nothing changes, this rise in temperature could amplify the rate of group conflicts like civil wars by an astonishing 50 percent in many parts of the world — a frightening possibility for a planet already awash in conflict.

Decision makers must show an understanding that climate can fundamentally shape social interactions, that these effects are already observable in today’s world and that climate’s effects on violence are likely to grow in the absence of concerted action. Our leadership must call for new and creative policy reforms designed to tackle the challenge of adapting to the sorts of climate conditions that breed conflict — for instance, through the development of more drought- and heat-resistant agricultural technologies.

As we contemplate intervention in Syria and look at the increasing and never-ending violence in Africa, we also need to ask ourselves some questions about violence here at home.  Will global warming lead to increased domestic violence?  What do we do with this knowledge and all the guns on the streets?  And will anyone pay any attention? 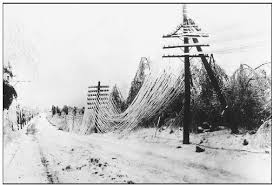 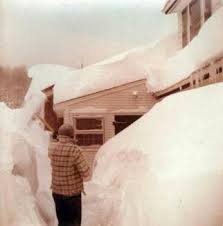