John Kerry has not been appointed to anything as of this writing.  He has certainly not been confirmed by the Senate.  Neither of these facts are keeping the speculation about the race to replace him from heading toward some kind of crescendo.  Ben Affleck, Ted Kennedy, Jr., Congressman Ed Markey, or my former boss, Congressman Mike Capuano.  Will one of them get appointed by Governor Deval Patrick as interim and then be allowed to run or will it be Vicki Kennedy or former governor Michael Dukakis neither of whom will run.  Rumors. Rumors and speculation.

One thing I do know is that Scott Brown is running for something.  He just came out in support of an assault weapons ban which is a change in his previous position.  If he votes for the President’s fiscal cliff plan then we can be absolutely certain he is running.  The cynic in me would say that he likes being a senator more than he values loyalty to his party which, by the way, he didn’t mention much in his campaign against Elizabeth Warren.  It is Republican.

But let us play the game.

Ben Affleck and Ted, Jr. both campaigned for Elizabeth Warren.  Both appear to have good solid Democratic left politics.  Both probably have good name recognition (an issue for Ed Markey and Mike Capuano – although if I remember correctly, Mike came in second to Martha Coakley in Democratic primary to run against Scott Brown in the last special election.  Some, including me, said at the time that Mike would have pushed back harder against Brown than Coakley did). 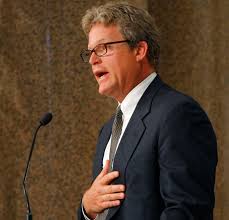 For one, Ted, Jr. doesn’t really live in Massachusetts even though a lot of people probably think he must.  He would have to hurry and change his residence and registration.

The Boston Globe ran a piece speculating on all of this and said this about Ted, Jr.

The younger Kennedy would have to go out and campaign for the seat, just as his relative, Joseph P. Kennedy III, just did with his recent US House campaign.

Edward Jr. could rely on his father’s legacy, but also highlight his own work with the disability community, as well as his private-sector experience heading a New York-based health care advisory firm.

One immediate challenge, though, is residency. Kennedy may spend time each summer at the family compound on Cape Cod, but he lives in Connecticut.

Massachusetts election law does not require US House members to live in their respective House districts, only that they be an “inhabitant” of the state when elected. The same is true for senators, who don’t represent geographical districts but the entire state. Candidates for both offices, however, have to be registered voters in the state to circulate nomination papers.

President John F. Kennedy famously maintained his voter registration at 122 Bowdoin St., an apartment building across from the State House, all the way until his assassination.

Ironically enough, Hillary Clinton – the person whose departure may clear the path for a special election campaign – did just the same sort of thing in New York before winning her own seat in the US Senate

Then there is Ben.  His mother lives in Cambridge, but I thought he lived in California.  Anyway, I think he probably has the same residency issues as Ted, Jr.  But, hey, if Sonny Bono could become a Congressman.  A better example for Ben would be Al Franken who went home to Minnesota and visited everyone without cracking a joke.  Franken has made himself into a very good senator.  Unfortunately Ben doesn’t have time to do this.  He does go to Senate hearings, however.

The Globe didn’t have much to say about Ben, but Politico reported

Earlier this week, reports surfaced that he was being touted as a possible candidate for Senate in Massachusetts. Affleck campaigned for Sen.-elect Elizabeth Warren (D-Mass.) when she beat freshman Sen. Scott Brown (R-Mass.) in November.

So will Massachusetts go for star power, legacy or a seasoned politician?  And the bigger question:  who can beat Scott Brown?