Some of my favorite cartoonishs came out with their takes on the Mitt Romney remarks about the 47% who are victims and think we are entitled to food and shelter, plus we don’t pay taxes.

Tony Auth depicted some of the people who don’t pay taxes. 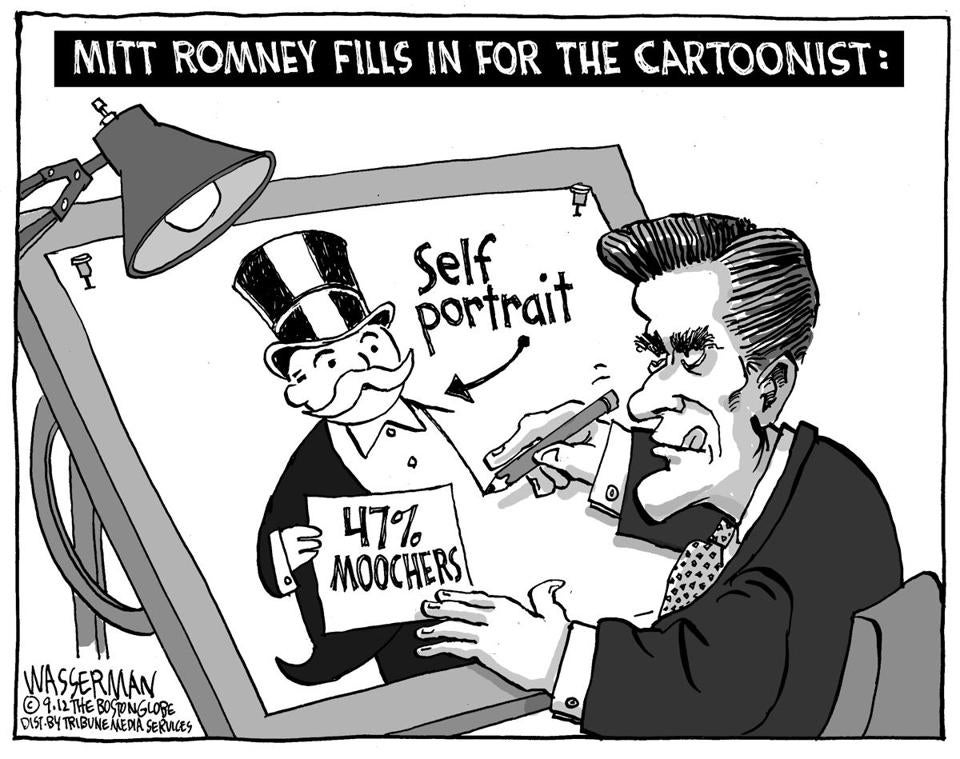 Finally Tom Toles with Mitt trying to figure out how to get to the White House.

It is hard to figure out how Mitt Romeny goes from here.  The latest polls in the swing states are not looking good for him.  The President’s approval rating is at or near the magic 50%.  And given his track record, I’m not sure how he wins a debate with Obama.  The Republicans are saying that he needs to be specific.  Well, I think he was plenty specific in the the fundraiser video tape.  He told us what he thinks and what he wants or doesn’t want to do.  I am not calling the race yet, because one never knows what can happen in the the month, but I will say that he has dug himself a hole that I don’t think he has the skills to get out of.

[And I’m sorry that Dan Wasserman’s cartoon isn’t very clear.  His website moved and now I can’t edit the pictures.]