I wish someone would explain to me what someone who was not even a government official at the time has to do with Benghazi?  Is Chuck Hagel just leverage?  Believe me, the Obama Administration could show live action footage of the event as it unfolded and the Republicans still wouldn’t be happy.

One Armed Services Committee member, South Carolina Republican Sen. Lindsey  Graham, has made clear that he considers Benghazi and Hagel to be one issue —“no confirmation without information,” he said Sunday, threatening to block both  Hagel and CIA nominee John Brennan. Graham is demanding more details from the  administration about its response to the Benghazi attacks, particularly the  direct involvement of President Barack Obama.

And then you have James Inhofe.  Again from Politico

A spokeswoman for Sen. Jim Inhofe (R-Okla.) confirmed to POLITICO that he wanted  to drag out the confirmation process for the former Republican senator from  Nebraska.

Inhofe’s threat continued GOP brinksmanship that got under way on Sunday when  Republican aides first said that some senators might walk out of a meeting that  included a vote on Hagel. Inhofe and another top Republican on the committee,  Sen. John McCain of Arizona, both said Monday they would not walk out, but  Inhofe repeated his vow to press the battle against Hagel.

It appears very much as if the Republicans have forgotten that they are a minority in the Senate.  If Chair Senator Carl Levin calls for a committee vote, it will be along party lines which he didn’t want.  But I don’t think there will be any bipartisan agreement there.  According to the New York Times, Levin

…called Monday for a committee vote on Tuesday afternoon on the nomination of former Senator Chuck Hagel to be the next secretary of defense.

The committee action has been postponed for the past week over evolving demands from Republicans for new documentation on Mr. Hagel’s past statements, personal financial records and even a sexual harassment allegation involving two former staff members, but not Mr. Hagel himself. As action has drawn closer, Republican opponents to a former Senate Republican colleague have threatened filibusters and even a walkout from the committee.

Once Hagel’s nomination reaches the floor, vote counters believe that there will be 60 votes to break any attempt at a filibuster.  Maybe Majority Leader Reid need to reconsider his agreement with Senator McConnell since I don’t think it is going to work.

But Mr. Levin’s decision to call for a public discussion and vote, starting at 2:30 p.m. Tuesday ahead of President Obama‘s State of the Union address, indicated that the chairman still believes that Mr. Hagel has enough support to be confirmed. Committee aides say they have no indication that any Democrats or Senate independents will oppose him, putting him at 55 votes to start. Two Republican senators, Thad Cochran of Mississippi and Mike Johanns from Mr. Hagel’s home state, Nebraska, have pledged their support, and at least four Republicans have said they will oppose a filibuster.

And I still want to know what Chuck Hagel has to do with Benghazi, Senator Graham.  I think we all know that this really has to do with the fact that Hagel is not a war hawk and will figure out a way to cut the defense budget. 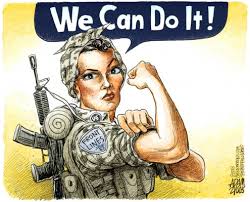 Republican Chuck Hagel, a former two-term senator from Nebraska and President Obama’s choice to lead the Pentagon, testifies before the Senate Armed Services Committee during his confirmation hearing on Capitol Hill in Washington, Thursday, Jan. 31, 2013

Let’s just get this out of the way:  Former Senator Chuck Hagel is not perfect.  There are things that the Democrats don’t like (he may cut some of their pork, for one) and that the Republicans don’t like (he doesn’t seem to like war for example).  Hey, when both sides have some problems with you, maybe that does make you perfect!

I do think that Hagel will be confirmed at Secretary of Defense, but the vote will likely be close.  I like the nomination for exactly the examples I gave.  Hagel will have to cut the defense budget one way or another, he will have to deal with contractor abuses, and he will be very reluctant to get us into war.  And maybe he will begin a conversation within the administration about rules for drone strikes.  It seems to me that it will be useful to have to combat veterans, Kerry and Hagel, looking at issues of war and peace.

George Zornick has been followed the confirmation hearing for the Nation and has compiled his top ten ridiculous questions that were asked.  Here are some of the best.

Senator James Inhofe, R-OK: The question I’d like to ask you, and you can answer for the record if you like, why do you think that the Iranian foreign ministry so strongly supports your nomination to be the secretary of defense?

“Please Pledge, Here and Now, To Start A War” Division

Senator John McCain, R-AZ: Do you think that Syrians should get the weapons they need and perhaps establish a no-fly zone? [A no-fly zone would, almost without question, quickly lead to a full-scale air war with Syria.]

It should be noted that almost everyone seemed to want to know if he would use force if necessary against Iran.

“Please Promise to Keep the Pork Flowing to my State” Division (the winners were all Democrats, two from New England, I picked Jeanne Shaheen for some gender balance.)

Senator Jeanne Shaheen, D-NH: Our four public shipyards are the backbone of our naval power. But according to the Navy there’s huge backlog of the modernization and restorations projects at our shipyards.… Will you commit to ensuring that this modernization plan is produced, and will you commit to pressing the Navy, within the fiscal constraints that I appreciate, to fully fund the improvements in the long term?

Senator Ted Cruz, R-TX: Senator Hagel, do you think it’s appropriate for the chief civilian leader for the US military forces to agree with the statement that both the ‘perception and the reality’ is that the United States is ‘the world’s bully’?”

All I can say is good luck Secretary Hagel.  We wish you well.