I just finished reading Charles Finch’s newest book in his Lennox series, The Woman in the Water, which is a prequel to the series.  It got me started thinking about the nature of prequels.  When I bought the book at my local bookstore, Mystery on Main, the owner remarked that it seemed a bit strange to have a prequel to a well established series.  Then in this morning’s New York Times Book Review Marilyn Stasio wrote, “Prequels are fun because you get an intimate glimpse of your favorite detectives while they’re still wet behind the ears and not so full of themselves.”

So what is a prequel all about?  I’m thinking mainly about  some television series like Tennison, the prequel to the great Helen Mirren series, Prime Suspect and Endeavor about the young John Morse as well as The Woman in the Water.  When there are great characters we always want more.  We want to know more about them.  Who exactly are they?  What makes them tick?  Where did they come from?  These three prequels attempt to answer these questions.

I have to say that I could never get into Tennison.  Maybe because there was no Helen Mirren, but I think it is because it tried too hard.  Perhaps too much focus on Jane Tennison and not enough on the stories.  But I have to admit I only watched the first two episodes.  The character seemed to be much like the older Tennison without much indication of how she got there.  The same tensions with her family and her same predilection for sleeping with the wrong men exist without much explanation. 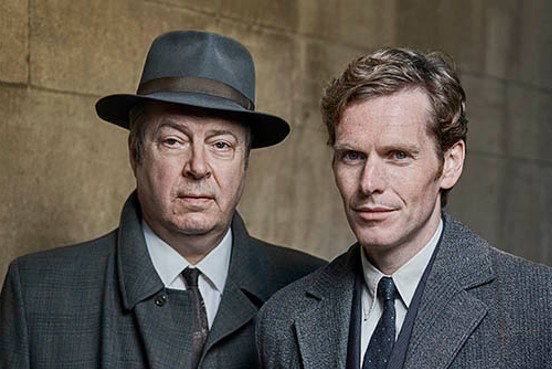 Endeavor is another story.  I’ve read a number, although not all, of the Colin Dexter books featuring Morse and I totally missed the original Inspector Morse television series with John Thaw.  (One can purchase only the European DVDs that won’t play in U.S. machines.)  So perhaps I love Endeavor because I never saw the original series, but more likely it is because they are great stories on their own plus they have the great Fred Thursday character.  We learn a great deal about the young Morse including that he was raised as a Quaker.  Through the first four seasons, one can see him mature, but also glimpse the seeds of the irascible man he becomes, at least in the books.  But he is at the core always the intuitive detective.  One does get a glimpse of the mature Endeavor Morse through the eyes of Inspector Robbie Lewis in the wonderful TV series, Inspector Lewis as Lewis recalls his old boss in several of the early episodes.  Morse even helps solve a murder from his grave.

After I finished reading The Woman in the Water I went back and re-read the first book in the series, A Beautiful Blue Death.  I first bought the book for my mother who, like me  was a voracious consumer of mysteries.  I remember her saying that Finch was trying too hard to made Charles Lennox into a Peter Wimsey like character.  On my re-reading, I find that somewhat true, but also that it is not as well written as the later books including Woman.  We do learn a great deal about the 23 year old Lennox including his love for Elizabeth (Jane) and how he and his brother lost their father.  In Beautiful Blue Lennox is described as being close to 40.  I wonder if there will be other books filling in that gap.  In the meanwhile, I’m like Marilyn Staiso and just enjoying the the series.