Clarina Howard Nichols’ voice cracked in nervousness. Her heart pounded. She felt faint, and she briefly rested her head on her hand. But she kept speaking, and her words — indeed her very presence — changed Vermont.

The year was 1852, and Nichols was standing behind the speaker’s podium in the Vermont House. Though the state had been founded 61 years earlier, she was the first woman to address the Legislature.

These are the opening paragraphs to Mark Bushnell’s column on Vermont history, Then Again published in VTDigger.

Nichols was speaking because a group of business men and others from Brattleboro had petitioned the Vermont Legislature.

Still, Nichols mustered the courage to stand before the lawmakers and argue for a sliver of equality for women: that they be allowed to vote in school meetings. 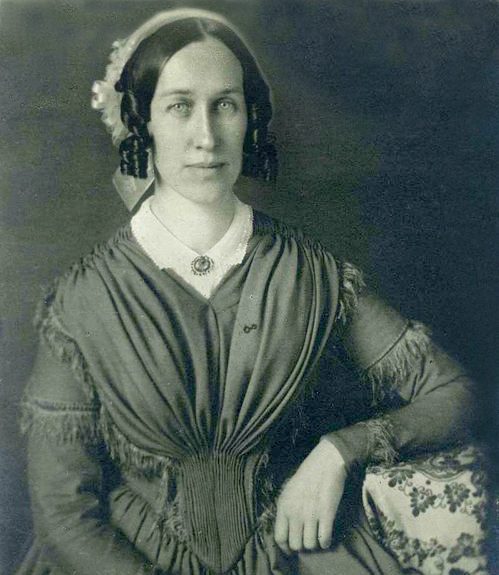 Clarina Howard Nichols became the first woman to address the Vermont Legislature, in 1852.

The men in the Vermont Legislature did not grant women the right to vote on school matters after her speech.

Nichols was a divorced woman who supported herself and children writing for the Brattleboro newspaper, The Windham County Democrat.  She had left an abusive marriage with the support of her husband’s family at age 29.

Four years later, she married the paper’s editor, George Nichols, who was 28 years her senior.

It was a good match. George Nichols apparently encouraged his wife’s independent streak and relied on her to help produce the paper. Soon after they married, he grew sick and she gradually took over as editor, though she wouldn’t publicly acknowledge her position for years.

When she finally revealed that she was the editor, she started getting invited to speak at women’s rights conventions in the Northeast and as far west as Wisconsin.

Nichols spoke on the issues of her day:  The right of married women to own property and participate in civic affairs.  She later moved to Kansas and spoke on abolition of slavery, but she got her start in Vermont.

Photograph from the Vermont Historical Society.