Last August in a Boston suburb, a man stabbed his girlfriend to death in front of their child and other witnesses.  This is an all too familiar occurrence all over the country, all over the world.  What made this especially big news in Boston was that the perpetrator is the son of a former Red Sox second baseman and long time television commentator, Jerry Remy.

Remy’s admission means he will spend life in state prison without the possibility of parole. His plea, entered before Middlesex Superior Court Judge Kathe Tuttman, spares friends and family of Martel and Remy the added anguish of a protracted trial and the airing of even more gruesome details. It also means Remy will forgo what the judge called his possible “partial defense” of anxiety, depression, and steroid and prescription drug use.

“I would like to say, ‘Blame me for this, not my family,’ ” said Remy, the 35-year-old son of Jerry Remy, the celebrated Red Sox infielder-turned-broadcaster.

Rising to speak in handcuffs, Jared Remy delivered in a gravelly voice a two-minute statement in which he called himself a “bad apple” and imagined Martel watching over their daughter from heaven while playing with the couple’s late chihuahua, Buddy.

Though he said he wanted to “take responsibility for what I have done,” he also put some blame on Martel and on his “love for drugs.”

In another part of the proceeding, Remy clearly blamed Jennifer Martel for her own death.

When the prosecutor finished, the judge asked Remy if he understood and admitted to all those facts. “Yes, I do,” he said, before protesting one point. “She had a knife in her hand, and she was threatening me about my daughter,” he said. Authorities have never indicated they had evidence suggesting Martel had a knife.

What a bizarre mix of contrition and blame-shifting we saw in Middlesex Superior Court Tuesday. What a spectacle of the depths to which people can sink. What a vividly detailed map of the wasteland brutality leaves behind.

Standing in that low-ceilinged, fluorescent lit courtroom, Jared Remy called Jennifer Martel, the woman he murdered with gruesome force at least partly witnessed by their 4-year-old daughter, “an angel.”

He’s the one at fault for killing her, he said. No share of the blame should go to his parents, who his lawyer said had been unfairly maligned, held partly responsible by some for not doing more to rein in a violent son who had been spiralling blatantly out of control for years.

For a man surrendering to fate, he was maddeningly defiant. He said he murdered Martel after she picked up a knife and violated a clear rule he said he had set.

“I always told Jen she could leave,” he said. “But do not threaten me with my child. That night, Jen had a knife in her hand and threatened me with my daughter, so I killed her. I don’t think it’s right when women use their kids against their fathers.”

Abusers have rules.  We’ve heard about Jared Remy’s need to control Martel just as we’ve heard it countless times about other abusers.  It is one of the primary signs of abuse.  Unfortunately, many women just think it is a sign of “masterfulness” as if we were  living in a novel set Victorian England where women were still property.  Jennifer Martel broke one of Jared Remy’s rules so she had to die. 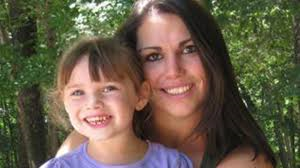 But there is also the question of the blame which some think rests on father, Jerry Remy’s, shoulders.  Margery Egan wrote this morning another in a series of columns she has written on the subject  in the Boston Herald.

Jared Remy has spared his daughter Arianna and Jennifer Martel’s family the anguish of a gruesome trial. He has also spared his father Jerry and helped him keep his job behind the NESN microphone broadcasting Red Sox games.

Sox fans are clearly divided over whether the sins of the son should be visited upon the father. But they might feel differently about Jerry Remy’s lighthearted banter if they heard Martel’s murder described in stomach-churning testimony by neighbor Kristina Flickinger Hill.

Hill watched Jennifer Martel crawl across her patio pleading for help. Hill paid for her funeral. And she repeatedly said Phoebe Remy texted Martel the day before the killing begging her not to pursue criminal charges against Jared.

I don’t think anyone disputes the fact that the Remys tried to help their son and to help the mother of their grandchild.  It is a matter of record that two of their other children have also had legal problems.  I have read that the Jerry Remy persona we see on TV is very much at odds with who he is in private.  From things said during broadcasts, I believe he is a loner who has suffered from depression as after his bout with lung cancer. He probably was not an easy parent.

No one is blaming Jerry and Phoebe Remy for murder. What I’ve blamed them for is enabling their son to evade responsibility for brutalizing five girlfriends over 18 years. And when I’ve written that Jerry should quit his NESN job, it wasn’t about taking away his right to make a living. It was about facing the tragic reality that his jokes in the Red Sox broadcast booth just don’t work anymore.

Let’s be honest. The enduring loyalty to Jerry Remy in this town is about the double standard enjoyed by beloved sports figures and, to a lesser degree, by fathers.

Jerry’s defenders say he did all he could for his son. I don’t think many would say that if it were Phoebe Remy’s career on the line. If a mother spent thousands of days on the road while all three of her children were having run-ins with the law, they’d say she abandoned her children, cruelly and selfishly, when they needed her most. She’d also lose her job in a nanosecond.

There is a lot to think about here.  The image of an admitted killer still blaming his victim.  A famous father with a job that puts him in the public eye almost every night during the baseball season.  A broadcaster who has built his reputation not only on shrewd analysis but his ability to poke fun at himself, the team and his broadcast partner.  I don’t blame him for his son, and Margery may well be right about the sexism that allows him to keep his job, but for me it was just weird to hear him before Jared pled guilty and now that he has it will just be painful to hear Jerry.