It is easy to find stories about the Latino and African American vote which was critical to Democratic success but the Asian American vote was also something the Republican Party may want to consider. 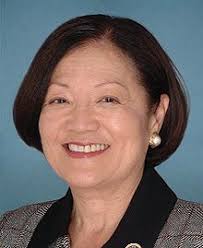 While Asians only constituted 2 percent of the national electorate, in some states they made up a considerably higher proportion. In California, for example, they represented 11 percent of the vote.

“With 73 percent of AAPIs [Asian-American and Pacific Islanders] voting for Obama, we are clearly an undeniable and unshakable political power,” said California Democratic Rep. Mike Honda, chairman emeritus of the Congressional Asian Pacific American Caucus, in an email. “As the fastest growing ethnic community in the country, we are the margin of victory.”

President Obama carried 73 percent of the Asian vote on Tuesday, continuing a two-decade-long march of Asian-Americans toward the Democratic Party in presidential politics.

Obama improved his performance among Asian-Americans more than among any other ethnic group between 2008 and 2012, according to exit polling. His support in the community jumped 11 percentage points, from 62 percent in 2008.

The 73 percent support that Obama garnered was the highest since national exit polls began tallying the Asian vote, and it marked the fifth straight presidential election in which the Democratic nominee attracted a greater share of the Asian-American vote.

President Clinton won only 31 percent of the Asian-American vote in 1992. His vice president, Al Gore, was the first Democrat to capture a majority of the community, with 54 percent support when Gore ran for president in 2000.

The Boston Globe had a longer story with some very interesting observations.

“He knows what it’s like to have an immigrant parent, to struggle a little,” Chan said. “He spent some time in Indonesia growing up. I think they feel like he’s more likable and more sensitive to issues affecting Asian-Americans.”

In Massachusetts the Asian American vote was helped by Elizabeth Warren’s campaign outreach.

“In our culture, we respect people who show us respect,” Pham said. “If you show people that you care, they will listen.”

Pham’s group helped to register about 300 Vietnamese-Americans for the election on a nonpartisan basis, but Pham said most of them probably voted for Democrats.

“In the Senate race, the [Elizabeth] Warren campaign did an excellent job of visiting and telling people here who they are and why they should vote for her,” Pham said. “[Scott] Brown was almost invisible in the Asian community.”

Scott Brown’s implication that Elizabeth Warren’s success was because she “checked the box” was also offensive.

Brown implied that Warren had advanced in her career as a law professor because she at one point claimed to have Native American ancestry. His suggestion was that she had taken undeserved advantage of affirmative action programs.

The strategy has been blamed for alienating women voters, by insinuating that Warren hadn’t earned her career accomplishments. Chan said the tactic also offended minorities, by diminishing theirs.

“Are you saying minorities only get ahead because they’re minorities?” he said. “It’s saying if you’re a minority, you automatically get a step up.”

But the two big reasons nationally appear to be health care and a shared immigrant experience.  As Lisa Hasegawa (no relation, but I have met her) pointed out

The final result aligned closely with a survey taken on the eve of Election Day by the National Coalition for Asian Pacific American Community Development, which also showed 60 percent support for government-guaranteed access to health insurance, much higher than the overall electorate.

“A lot of Asian-Americans come from places with subsidized health care, where that’s an expectation, and it’s an important issue for them,” said Lisa Hasegawa, the coalition’s executive director.

If you want to know why this all matters nationally, think Virginia.  Specifically, think Northern Virginia where the Asian American population is only growing.  Think margin of victory in a divided country.

One thought on “The Asian-American vote”