I began an infatuation with Anne Frank around age 12 or 13.  I was given a copy of Anne’s diary and read and read it.  I never saw the play on Broadway, but did see the movie which never quite measured up to the written word.  I think I read it as much for the discovery that teenaged girls, no matter what their circumstances, have the same dreams and feelings as I did for the story of courage and life under a death sentence. Anne expressed the same sorts of thoughts about her parents and other adults, about boys and sex that other teenage girls had, but never wrote down.  I’m sure she inspired my beginning to keep a journal – one which I’ve kept sporadically ever since. I’m sure millions of women were the same. 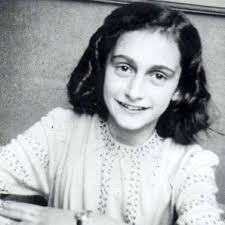 The one adult that Anne never seems to lose patience with is Miep Gies who died yesterday at age 100.

“I am not a hero,” Mrs. Gies wrote in her memoir, “Anne Frank Remembered,” published in 1987. “I stand at the end of the long, long line of good Dutch people who did what I did and more — much more — during those dark and terrible times years ago, but always like yesterday in the heart of those of us who bear witness.”

Mrs. Gies sought no accolades for joining with her husband and three others in hiding Anne Frank, her father, mother and older sister and four other Dutch Jews for 25 months in Nazi-occupied Amsterdam. But she came to be viewed as a courageous figure when her role in sheltering Anne Frank was revealed with the publication of her memoir. She then traveled the world while in her 80s, speaking against intolerance. The West German government presented her with its highest civilian medal in 1989, and Queen Beatrix of the Netherlands knighted her in 1996.

After the Gestapo raided the Annex in August 1944, Ms. Gies found the pages of the diary scattered around and preserved them for Anne’s return.  Anne, who died in Bergan-Belson just weeks before both her 16th birthday and liberation, never returned.  Her father did return and published her diary.

Miep Gies was born Feb. 15, 1909, as Hermine Santrouschitz, a member of a Roman Catholic family in Vienna. When she was 11, she was sent to Leiden to be cared for by a Dutch family, being among the many Austrian children suffering from food shortages in the wake of World War I. She was given the Dutch nickname Miep and later adopted by the family.

When she was 13, the family moved to Amsterdam, and in 1933 she became a secretary to Otto Frank, who was overseeing the Dutch branch of a German company selling an ingredient for manufacturing jam. Mr. Frank had fled Hitler’s Germany, and he was soon joined by his wife and daughters.

Miep became a trusted employee and friend of the Frank family and joined in its alarm over the persecution of German Jews. In May 1940, the Netherlands fell in Germany’s invasion of the Low Countries. In July 1942, when thousands of Dutch Jews were being deported to concentration camps, the Frank family went into hiding in unused rooms above Mr. Frank’s office. He asked Mrs. Gies if she would help shelter them, and she unhesitatingly agreed.

The annex became a hiding place not only for the Franks but for three members of a family named van Pels — the father a business colleague of Mr. Frank’s — and Mrs. Gies’s dentist, Fritz Pfeffer.

Having married a Dutch social worker, Jan Gies, in 1941, Miep Gies joined with him and three other employees of Mr. Frank’s business in sheltering the eight Jews and caring for their daily needs. The protectors risked death if caught by the Nazis.

Mrs. Gies, while continuing to work for Mr. Frank’s business, which remained open under figurehead Christian management, played a central role in caring for the hidden. She found food for them, brought books and news of the outside world and provided emotional support, bringing Anne her first pair of high-heeled shoes and baking a holiday cake. On one occasion, Miep and Jan Gies (he is referred to in the diary as Henk, one of many pseudonyms Anne used) spent a night in the annex to experience the terror there for themselves.

Miep Gies was a remarkable woman in her own right and we should remember her for that as well as thanking her for preserving the legacy of Anne Frank.